We use cookies to personalise content, to provide social media features and to analyse our traffic. We also share information about your use of our site with our social media and analytics partners who may combine it with other information that you’ve provided to them or that they’ve collected from your use of their services. You consent to our cookies if you continue to use our website.

***NOTICE FOR OUR SERVICE USERS***

All service users and partners attending any appointment with us are now advised to please be wearing a face covering.

The face covering doesn’t have to be a medical mask, any scarf or custom made face mask etc. will do.

NHS guidance is that all patients in a clinical setting need to be wearing one. Thank you for your cooperation.

All available extra safety measures are employed at all times for the dedicated team and our service users.

The health and well-being of our service users and our colleagues is our top priority, we are taking all measures possible to help keep you well during this unprecedented time.

In healthcare we have been classified as Key Workers and essential to support the health services of the UK; as such we are still able to travel to and from our essential work. We are here to support our clients.

We will act in the best interests of the health of the people we serve, with top priority being the protection of life. We encourage you to use your discretion and act in the best way you see fit. We have published our guidelines on how appointments will be run (if you would like a copy of this please let us know and we will email it to you).

PAMS Pregnancy Ultrasound Centre are working to provide relief to hospitals wherever possible. You are our primary concern and we will do whatever we can to help in these difficult times. If you're pregnant and worried about coronavirus, you can get advice about coronavirus and pregnancy from the Royal College of Obstetricians and Gynaecologists. Please note, it is vitally important that you attend any appointment with only one guest.

Of course, if you have any questions or concerns, please do get in touch using the contact form, or via phone (0750 315 2530), email (info@norwichbabyscan.co.uk), Instagram or Facebook.

The kindness and support we show each other will get us through this. Work safe, keep safe and support the NHS!

The wonderful Jess is an absolute pro when it comes to Newborn & Family shoots, we couldn't recommend her enough. Here's a little bit from Jess about what she does...

My name is Jess and I’m a well established and highly regarded family photographer with over 7 years experience. My style with all my shoots is timeless, natural and relaxed. I am totally baby and family led in my approach, making the experience relaxing for all.
I have two children 8 and 6 years old - they are still my babies. We have a dog called Finlay and we all love walking and being outside.

My studio is at my home in Norwich, Norfolk. I like to think of it as a little sanctuary of calm, perfect for babies and families.

I offer maternity, newborn, baby photo-shoots and cake smashes in the studio. Then once babies can walk,  I am found photographing families outdoors.
My aim with all shoots is to take the stress out of it, capture your baby/family as they are whilst keeping your images timeless.

It's been a long time coming (sorry for the delay!) but our #SHARESMALLBUSINESS feature is finally here! The idea of this is to share other small female run businesses just like us, both locally and online to help you guys discover new businesses and resources. We hope you love them all just as much as we do!

Our first #SHARESMALLBUSINESS is all about Blossom Baby Norwich! Owned by the wonderful Kelly, Blossom Baby is Baby Massage and Yoga Classes in and around Norwich!

Here's a little bit from Kelly to tell you more...

My husband and myself relocated from London to Norwich with our 2 children Maxi and Daisy in 2015 and then we had big surprise of baby number 3 & our beautiful daughter Poppy was born in 2016.  Our children are now 4,3 and 1. Never a dull moment! My interest and enthusiasm for infant massage and baby yoga stems from when my middle daughter Daisy suffered with horrendous colic. She really suffered with it and a friend recommended baby Massage and yoga. I was stunned by how effective it was and how much we both enjoyed it.It was amazing seeing first-hand the positive benefits of massage and yoga & how much Daisy loved it. Even now, as they are growing up all 3 of my children still enjoy massage time and the fun of yoga.

I really hope the mums and dads who attend my classes enjoy themselves and experience huge benefits for themselves and their babies. I love watching groups get to know each other during the course and seeing mums bond so closely with their baby. It fantastic to hear the amazing stories of how their baby has experienced such positive benefits such as improved sleep, colic relief and less crying. I trained with the IAIM and Birthlight after quitting my career in events and never looked back. I love working with babies and new parents. I hold full insurance and have a full CRB check. I look forward to meeting you and your baby at the class."

You can find out lots more about what Kelly offers in her classes here.

Alternatively, you can get in touch to ask any questions you may have on
07958343935 / kelly@blossombabynorwich.co.uk

Today's news is a little bit of a request from you guys (we hope that's ok)!

Here at PAMS we meet so many wonderful female business owners either through working together or by scanning you! We thought it would be a really nice idea to spread a little bit of #communityovercompetition and give you guys a shout out! Twice a month we'll be shouting out a different female led small business on our blog and social channels and we'd like you to get involved!

If you're a small business (baby related or not!) get in touch to be featured!

We can't wait to hear from you!

Incidence: More than one in 10 women suffer with anxiety during pregnancy.

Most of us will feel at least a little but anxious at some point during pregnancy. It is normal to worry about our babies, what the birth will be like, or whether we’ll experience any complications.

Changes in the levels of hormones such as oestrogen and progesterone over the month can affect everything from your mood to your digestion.

Some pregnant women feel distressed or guilty about feeling anxious or panicky when everyone expects them to be happy.

Pregnant women want reassurance and to check that all is normal by verifying foetal life and growth and to exclude foetal abnormalities.

Seeing your baby on an ultrasound can be a wonderful way to alleviate some of your worries, so it can be a good idea to arrange a reassurance scan if you’re feeling anxious.

You’ll get peace of mind from having your baby’s growth and development checked again.

Ultrasound is a scan that uses high frequency sound waves to study internal body structures. The sound waves are emitted from a vibrating crystal in a handheld scanner. The reflected sound waves or ‘echoes’ are then translated into a two-dimensional and three- dimensional image on a monitor.

What will Ultrasound show?

Ultrasound is used during pregnancy to check the baby’s development and to help pick up any abnormalities. Since the procedure can’t produce high quality images, any suspected abnormalities need to be confirmed with other tests. The ultrasound scan isn’t 100 per cent accurate, but the advantages of the test are that it’s non-invasive, painless and safe for both mother and unborn baby.

The parents are given immediate access to the images of the foetus, which may promote maternal attachment and positive attitudes toward health during the pregnancy.

During ultrasound scans with us, women can see the screen and they receive detailed explanations of the images.

Ultrasound may be used at various points during pregnancy, including:

• First trimester - ultrasound performed within the first three months of pregnancy is used to check that the embryo is developing inside the womb (rather than inside a fallopian tube, for example), confirm the number of embryos, and calculate the gestational age and the baby’s due date.

• Second trimester - ultrasound performed between weeks 18 and 20 is used to check the development of foetal structures such as the spine, limbs, brain and internal organs. The size and location of the placenta is also checked. The baby’s sex can be established, if the parents wish to know.

• Third trimester - ultrasound performed after 30 weeks is used to check that the baby is continuing to grow at a normal rate. The location of the placenta is checked to make sure it isn’t blocking the cervix.

However, you should remember that the ultrasound is a diagnostic procedure and, in some cases, it may suggest that a foetus has an abnormality. Further tests are usually needed to confirm the diagnosis.

Is having Ultrasound scans safe in pregnancy?

Long-term follow-up of children exposed to scans before birth did not indicate that scans have a detrimental effect on children's physical or intellectual development. Studies were carried out over three decades and technical advances in equipment, more widespread use of ultrasonography, and increased training and expertise of operators may have resulted in more effective sonography.

Lovely of you to stop by!

Today's post is just a little introduction to our new 'News' page! Our news page will be home to all of our updates, offers and our wonderful Mother's and Babies. Here we will share information about pregnancy and how our scans can help and benefit you throughout your pregnancy.
We also offer fertility scans too, you'll find more information about those here too.

Pam's Pregnancy Ultrasound Centre is owned and run by the wonderful Pam Kapur, with over 17 years NHS experience and 9 years private experience, Pam has carried out thousands of scans (you're in very safe hands). We are an all female team, here to help and support you with fertility and throughout your pregnancy. Through our news page, the whole team will be sharing information and news with you on a weekly basis to help our mothers-to-be and tell you more about what we do here.

Our first post will be about pregnancy and anxiety, coming really soon!

Find out more about the range of services we offer.

Listen to one of our clients talking about their experience with us.

Got a question about any of our services? Here are some of our most frequently asked questions.

Discover where we are located, and find out about the equipment we use to make your experience truly unique. 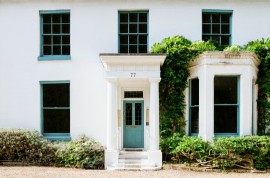